I may be guilty of propagating a myth about one of our nation’s founding fathers, Benjamin Franklin. In the Instagram post (link) promoting this week’s menu spotlight, I suggested that the wild turkey was in a race with the bald eagle to be on our nation’s seal.

I recall hearing that historical tidbit from a reliable source and when I went to find supporting research, I found a source that seemed to confirm my statement. Upon further research, it appears the idea of Franklin championing for the wild turkey to be our nation’s symbol way back in the 18th century isn’t entirely true.

According to excerpts from a letter authored by Franklin, he did believe that the wild turkey was a “bird of courage” more likely to chase off an intruder than the bald eagle, but did NOT suggest that the turkey should be a part of our nation’s seal. It appears that Franklin was somewhat apathetic to the idea of having a bird on our nation’s seal altogether (source). Regardless of the turkey’s moral character, the fact that it provides both significant macro & micronutrients is 100% accurate. 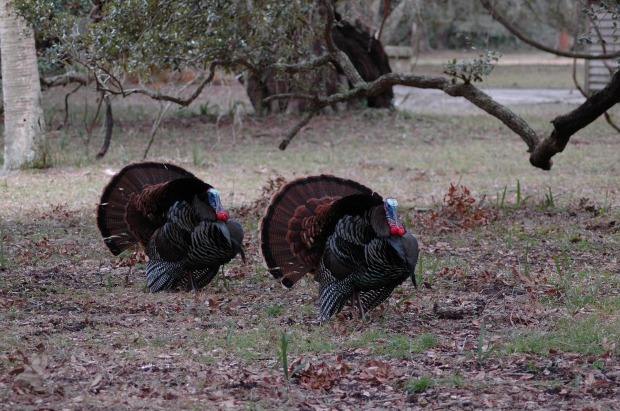 The turkey you pick up at the grocery store looks very different from the turkeys Benjamin Franklin was talking about. They may look different but their macronutrient content is very similar. Three ounces of turkey breast, without skin, contain 2 grams (g) of fat, 0 g of carbs and 26 g of protein (source). Not a great source of healthy fat or carbs, but a definite protein powerhouse. No surprise that you find turkey on a lot of meal plans for individuals looking to put on muscle.

Much like other animal-based protein sources, turkey is high in B vitamins, B3 & B6 in particular. B3, also known as niacin, is critical for the conversion of dietary macronutrients into usable energy including the production of glycogen. For those unfamiliar with glycogen, it is an animal starch stored in our muscles as fuel for future physical activity (source). This particular function of B3 is most likely why bodybuilders ingest supplemental forms of it to help them maintain their rigorous workout schedule.

Turkey also contains a significant amount of important dietary minerals. Zinc, copper, phosphorus, magnesium, potassium, and iron are several minerals you’ll absorb eating turkey, but the mineral most abundant in turkey is selenium. A 4oz serving of turkey contains 62% of our DV of selenium, which is known to be a powerful antioxidant. With that said, it should come as no surprise that the consumption of turkey, and other poultry, has been shown to reduce the risk conditions/syndromes caused by oxidative stress like pancreatic cancer (source).

Turkey doesn’t contain the amount of fat I normally prefer in my animal protein, but that’s an easy problem to fix. Shannon and I love using ground turkey (which does have added fat) to make burgers and I throw a couple slices of avocado on them to up their fat content. The combination of the protein from the turkey and the fat from the avocado makes for one satiating meal.

If you have a go-to turkey recipe that you think trumps my turkey burgers, please feel free to share it on our social media channels (Facebook, Instagram or Twitter). You can also email it to us at elementaltampa@gmail.com.

Email is the best way to find out more about Elemental Training Tampa’s online training program. Get that personal training you’ve always wanted at a price that you can afford.

Spaghetti and meatballs. I feel like those two have been perpetually linked since the beginning of time, or since pasta has been a thing. Fortunately, we’ve discovered that meatballs don’t always need a refined carb counterpart. This week’s look into Shannon and I’s menu features turkey meatballs paired with garlic sautéed baby bok choy instead of pasta. Bok choy is a great pasta alternative because it’s a cruciferous vegetable that is loaded with vitamins A, K, and C and contains over 70 antioxidants, which is why some researchers believe it can aid in cancer prevention (source). Expanding our food choices, especially when it comes to vegetables, is crucial to optimizing our health and developing as a species (source). The next time you go grocery shopping, forget the box of barilla and go for the bok choy. If you are already a bok choy fan, let us know what dishes you incorporate it into. We’re always looking for new recipes. 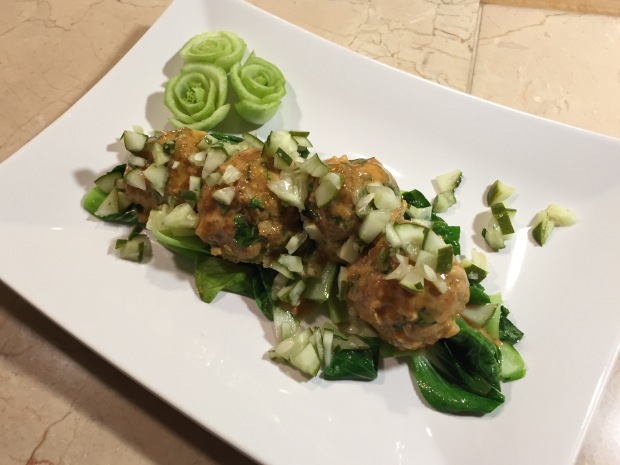 Along with the twinkling lights and chipper holiday music, the holidays bring some health challenges for many people – food, drinks, more food, travel and visits, and seemingly less time than normal.

This all adds up to some serious challenges for keeping your health and fitness goals intact. In fact, the urge to throw your hands up and surrender to the over indulgence for the balance of the year is overwhelming tempting.

This week on the Addicted to Fitness podcast, we’re bringing you some proven tips and tricks on how to battle the food and travel obstacles.

We also get chatty about:

Now for those tips.

You’ll have to listen to get all the details (we use these ourselves and have truly put them to the test), but here’s a quick rundown:

Don’t forget to get in that holiday spirit!

After you listen to this episode, tell us what you think either on Facebook or by leaving a review in the iTunes store. Stay tuned this holiday season as we continue to bring you interesting and helpful health and fitness information each week. Have a topic or interview you want to hear us discuss in a future podcast? Send us an email – elementaltampa@gmail.com – or give us a head’s up on our social channels.

We truly enjoy producing the podcast and hope you enjoy listening. Thanks again for all your support!

Links to this week’s episode

I’m tired of one of my favorite Thanksgiving Day staples being blamed for post feast sleepiness. Tryptophan is an amino acid that contributes to the production of the body’s “calming” hormones serotonin and melatonin. It’s true that turkey contains tryptophan, but no more than any other animal protein. According to the infographic below, a 3 ounce portion contains 250-310 milligrams. If you look at natural sleep aid supplements, like Onnit’s New Mood, a recommended dose contains 2-3 times that amount. The turkey you eat during your meal is not solely responsible for you feeling like you have narcolepsy.

The real culprit of post Thanksgiving dinner sleepiness is most likely the amount you eat and, in my opinion, the massive amount of sugar you consume. Think about it. The marshmallows & brown sugar on the sweet potato casserole, the cranberry sauce, the obligatory pumpkin pie. All these dishes create a massive blood sugar spike which will almost certainly lead to you passing out in front of the TV while the Lions lose another Thanksgiving Day football game. If you’re interested in not acting like a tranquilized bear after yourThanksgiving Day meal, you may want to eat a little more turkey and ditch the sugary & carby side dishes. With that said, you best believe I’m having some pumpkin pie tomorrow. Happy Thanksgiving peeps!