I know we’re a few days into the week, but I wanted to share a highlight video from last week’s ETT training. We started off the week with a great ETT Group workout followed it up with several ETT personal training sessions and finished off the week with a great run & stair climb on the Tampa Riverwalk. ETT would like to thank all of its members for their participation & dedication to building the ETT community. ETT would not be what it is today without their help

The past 7 days have been somewhat of a whirlwind. The craziness started last week when a buddy of mine asked me if I had any workout plans that would burn a 1000 calories. I told him that I did not, but assured him that I could construct a workout that would allow him to achieve his calorie goal. He came over Tuesday, spent about an hour and 20 minutes in the ETT dojo, burned over 1100 calories, and is now my first official personal training client.

The next day, I had a coworker who I provide striking training tweet at a local radio personality about ETT’s training system. The radio personality, Carmin from the Mike Calta Show, is participating in a local celebrity boxing match next Saturday. My coworker suggested that Carmin use ETT to help her prepare for her match. She jumped at the idea immediately. I followed up by calling into the show Thursday and spoke on air with Carmin and the host Mike Calta about what type of striking training ETT could provide her. Before I knew it, I had scheduled a training session with Carmin and was able to talk about ETT on a popular local radio station. If that wasn’t crazy enough, I had training sessions with Carmin and the coworker that tweeted her that very day! 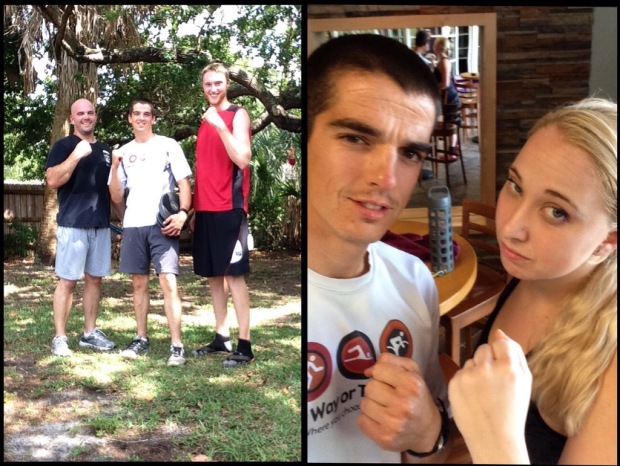 The awesomeness didn’t stop there. Today we had one of our best ETT Group Training sessions. The weather was perfect once again and we had the largest group of individuals take part in the workout since it’s inception. I am still reeling a little bit about all the good fortunate that has been heaped upon ETT this week. It has made me realize that ETT is growing into the productive community that I hoped it would. I understand that the positive events that took place this week will most likely not be the norm. I will continue to stay humble and driven to provide everyone with a fitness community that supports them in their quest to live a healthier, happier life. Thanks to all the current members of the ETT community for their continued support and stay tuned for bigger and better things coming from ETT in the near future.

Little taste of today's workout. Make sure you checkout Elemental Training Tampa on Facebook and at elementaltampa.com to stay up to date on all the latest ETT news #exercise #fitness #fitnesscommunity #personaltraining #ETT #HitIt

I really enjoy yoga. Every aspect of it. The holding of poses, the breathing, and dare I say the spirituality of it. The benefits it can provide anyone, even strength athletes, makes it the perfect complement to any workout plan. Yoga and workouts that are centered around yoga can vary in poses, tempo, and even environment (i.e. hot yoga). One variation that I’ve been practicing lately is DDP Yoga, which was created by former pro wrestler Diamond Dallas Page. Unlike the more “traditional” yoga classes I’ve participated in, DDP yoga incorporates more movement into its workouts. It contains a few explosive exercises like punches and knee strikes, but the majority of the movements are slow and deliberate. Page instructs users to employ “dynamic resistance” which involves contracting certain muscles groups while you perform a specific movement. You are essentially working against the resistance created by your own muscles to complete the workout. I enjoy using DDP yoga on my active rest days because it allows me to improve my flexibility and is a great stress reliever. DDP Yoga exercises will most likely not be new to anyone that has participated in yoga before, but it is a great introduction to anyone who is new to the discipline. The best aspect of DDP Yoga is that Page coaches you through all the workouts. He provides modifications to all the exercises for any fitness level and is a great workout instructor. He is able to motivate you to work hard while simultaneously conveying the importance of adjusting the workout to meet your fitness level. I would definitely recommend DDP Yoga to anyone that is interested in incorporating yoga into their current workout plan or someone who has taken a hiatus from exercise and is looking for a workout routine that will help them regain their physical fitness. Check out what Men’s Journal thought about DDP Yoga and let me know what exercises you’re performing on your active rest days. 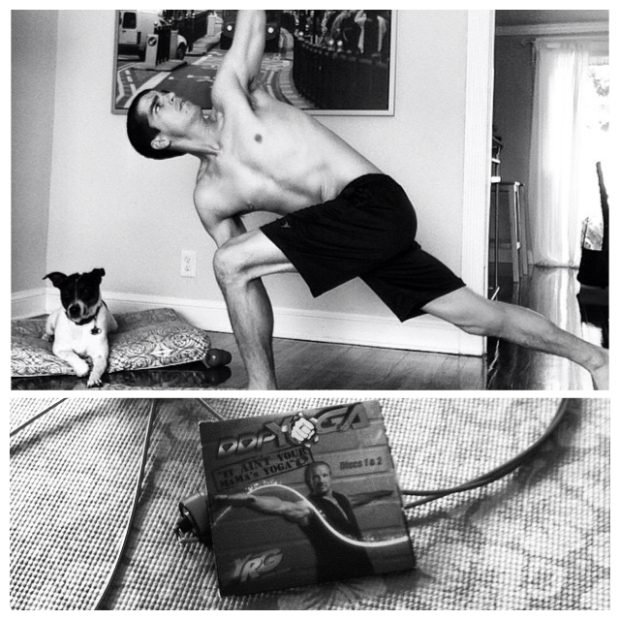 This past Sunday’s ETT group training session was truly memorable. We had perfect weather conditions and four willing & eager participants. Four willing & eager FEMALE participants. I put emphasis on the all female class not only to call out the “men” that decided to sleep in, but also to highlight the importance of women learning basic striking techniques. It’s important to know how to properly punch, kick, and/or knee someone if you ever have to physically defend yourself. However, I believe the confidence and reassurance of knowing how to strike is much more valuable to adult women than to adult men. Recent statistics and advertising campaigns have highlighted the vast problem of physical and/or verbal abuse perpetrated against women worldwide. I am confident that empowering women with knowledge of the striking arts will help them understand that they have the ability (mentally and physically) to defend themselves from victimization. I know that ETT or workout programs similar to it will not solve the issue of abuse against women entirely, but through personal experience I know that it is a step in the right direction. I have been fortunate enough to train with female fighters, train under a female instructor, and am engaged to a woman that has known how to defend herself from a young age. All these women have two things in common: they know how to fight AND they don’t take crap from anyone. 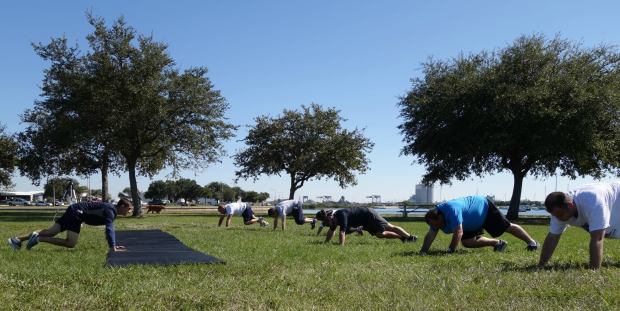 I love interval training because it allows you to complete multiple exercises from different disciplines in the same workout. You could do an upper & lower body workout, a push & pull workout, or a sport specific workout. I combined treadmill sprints with striking combinations in the workout below in order to train toward my fitness goals. Periodic variations in your workout plan will keep you engaged and dedicated to reaching your fitness goals.

Created a new #intervaltraining #workout last night. Eight 3 minute rounds: 2 mins on the treadmill followed by 1 minute of #punching combinations with hand weights. You should participate in workouts that are both physically and mentally challenging #exercise #becreative #striking #cardio #strengthtraining

You have to be willing to give your time and effort in order to be healthy. In my opinion, both are a small price to pay to improve your quality of life. Make time for your fitness today, it’s worth it.

Welcome to the inaugural episode of the Elemental Training Tampa (ETT) exercise of the week. An ETT exercise combines striking techniques with a strength building body weight exercise. This week’s ETT exercise combines a jab-cross-hook-uppercut combination with 2 lunges. Feel free to use any punch combination, but make sure you’re practicing proper technique regardless of what strikes you perform. After the punch combination perform 2 lunges that match your fitness level. I suggest practicing your lunges in a mirror to ensure proper form. Check out the video below for more helpful tips on how to perform the ETT exercise correctly. Incorporate this exercise into your next high intensity interval training (HIIT) workout or use it as a warm-up before your next weight training session.