This Addicted to Fitness has been a long time coming, but before we get into the juicy part of this week’s episode, we’ve got a couple important announcements to share with you all.

I know Shannon and I are starting to sound like broken records, but we want to make sure you all take advantage of the free fitness consultations I’m currently offering and vote for Addicted to Fitness as “best local podcast” in Creative Loafing’s Best of the Bay contest before it’s too late. Send an email to elementaltampa@gmail.com to schedule your consultation and follow the directions in the caption below to help ATF bring home the gold.

Visit cltampa.com, click on the Best of the Bay tab and you’ll find Addicted to Fitness in the “People, Places and Politics” category under the best local podcast.

As previously mentioned, this episode of the podcast is long overdue. When I first conceptualized Addicted to Fitness, I knew I wanted to have an interview component. Before I even recorded my first episode, I made a list of individuals that I wanted to speak to and at the top of that list was the person I was fortunate enough to interview on this week’s show.

I’ve mentioned him several times before on the podcast as the man primarily responsible for my current obsession with all things health and fitness. He taught me how to literally & figuratively fight for the fitness that I desired. This week’s Addicted to Fitness features an interview with life long martial artist and founder of Amir Academy of Martial Arts (link) in Saint Petersburg, Florida, Master Amir Ardebily. 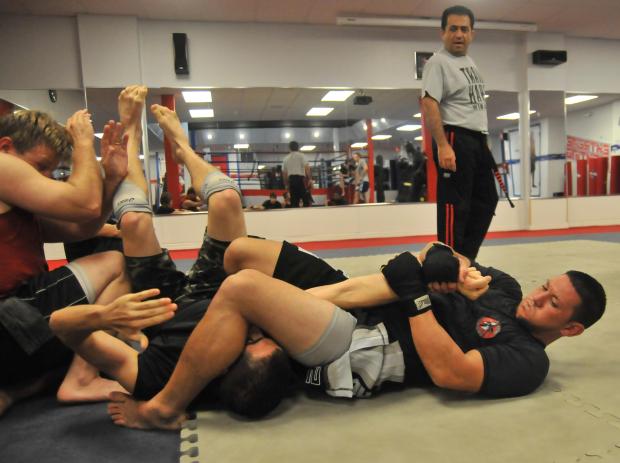 Amir’s father started teaching him martial arts at the age of 6. By the time he was 16, he had opened his own martial arts studio in his native Iran. Unfortunately, war erupted between Iran and Iraq while Amir was in high school and he was drafted into the army upon graduation. He spent 2 years in Iranian special forces before seizing the opportunity to immigrate to the United States.

Amir visited the U.S. while he was a teenager but was forced to go back to Iran once the war began. He had always wanted to go back to the United States and had his chance in 1984. There are a several great moments in this interview but Amir’s immigration story is reason enough to listen to this episode.

We also discuss how Amir started his first martial arts school in the U.S. without knowing how to speak the language, the affect Bruce Lee had on his teaching philosophy and why the UFC plays an important part in introducing martial arts to the masses.

If you live in the Tampa/St. Petersburg area, I strongly encourage you to visit Amir Academy of Martial Arts. Call 727-821-4097 for more details.

Also, Amir is organizing another one of his great amateur kickboxing events for November 11th in St. Petersburg. I’ve had the honor to both compete and attend these events and I can say with all sincerity that they are top-notch. Put it on your calendars now!

Thanks again for all the support you give us. We love producing these episodes for you and if you love hearing them, please let us know. You can drop us a line at elementaltampa@gmail.com, on social media (Facebook, Instagram or Twitter) or leave us a rating and review in iTunes (link). Thanks in advance and stay healthy this week’s peeps!

Links to this week’s episode