I don’t know who the PR person for walnuts is, but I feel like they’re doing a pretty lackluster job. Pistachios has Richard Sherman and a giant cartoon elephant, voiced by John Cena, telling me to pick up a bag. California almonds have SportsCenter anchors pushing them and it seems like Mr.Peanut as been telling us to eat peanuts, which aren’t nuts, before the TV was even invented. All these nuts are getting positive press, but the walnut is still waiting for its big break.

I think I may have an idea of why walnuts aren’t getting promoted as much as they should. The outside of a shelled walnut is covered in a thin, paper-like “skin” that some people attest to having a bitter taste. The flavor of the skin can be off-putting to certain folks, but much like an apple, there are a ton of nutrients in the skin of a walnut.  It’s believed that 90% of the walnuts beneficial organic compounds are contained in the skin. 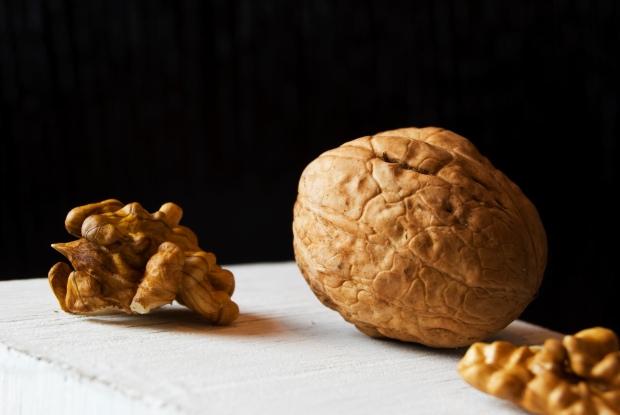 The beneficial compounds contained in walnuts include a special form of vitamin E, hard to find antioxidants and the highest alpha linolenic acid (omega-3) concentration of any nut (source). The positive health aspects of walnuts prompted the Hospital Clinic of Barcelona and Loma Linda University to conduct a study on the daily consumption of walnuts. Preliminary results of the study suggest that daily consumption of 1.5 oz of walnuts can reduce LDL cholesterol & inflammation which can lower your chance of developing heart disease (source). 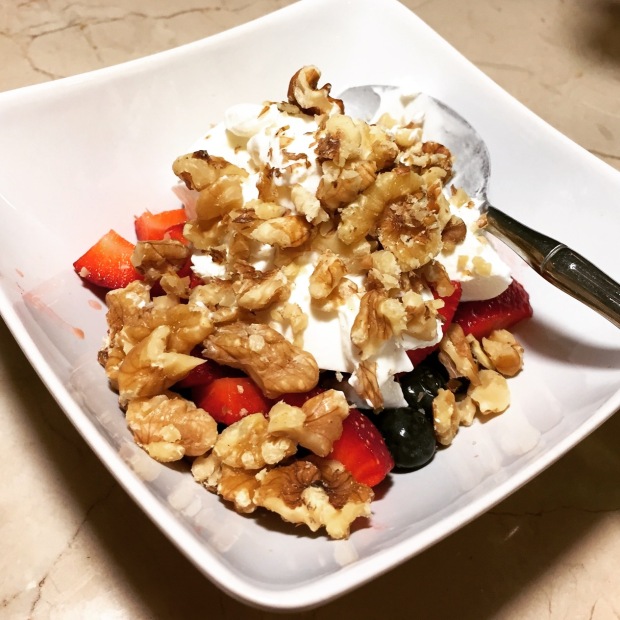 If all these health benefits aren’t enough to make you run out to buy a bag of walnuts, the fact that they are one of the cheaper nuts should be all the convincing you need. Raw nuts, which is what you should buy if you want the maximum health benefits, can be a bit pricey. However, compared to cashews, almonds or the luxurious macadamia nut, walnuts are at least $1 cheaper per pound (according to my research).

Walnuts: the nut with the highest ROI. It’s no “get crackin'” but I think it has potential. Let me know if you have any suggestions on what walnuts’ promotional catch phrase should be. You can connect with us on Facebook, Instagram or Twitter or email us at elementaltampa@gmail.com.